I set out to write this piece about a week ago but got completely side-tracked. One thing that distracted me was getting glued to the twenty four hour news coverage of the most recent terror attack on the Borough Market in London.  In horrific moments such as these we cling to any semblance of normality and hope. The pieces of shattered humanity can begin to be glued together by tales of came appearances of real heroes, ordinary people doing extraordinary acts to try to help and protect others. I’m thinking of the paramedics rushing in to tend to the injured whilst the attackers still roamed the streets. I’m also thinking of the Spanish man on Saturday evening last who took on one of the knife wielding attackers with his skateboard. What a brave man, a true hero. At moments like these you can’t help everyone but everyone can help someone.

Irish people tend to remember heroes by penning songs about their feats. I intended writing today about one such hero and a song. The song isn’t about his heroism, it’s a song he wrote reminiscing about his home county in Ireland, his heroism was to come later. The song is not a complicated verse, it is quite simple in fact, typical of its age but it is very sincere. When music was put to the lyrics the verse became a waltz and when a man from Longford called Larry Cunningham sang it in the 1960’s it became a hit. By this time the author had already been dead for almost two decades. It is the nature of his death that makes the song all the more poignant today for Leitrim people everywhere.

I was in ‘Fitzpatricks’ Bar in Mohill, County Leitrim recently. This fine public house is run by Val Fitzpatrick and his wife Carmel and is also known as the Ceili House. The Fitzpatricks originally hail from the proud parish of Aughavas in the heart of South Leitrim. The family have a long musical tradition going back through the generations. As an aside the family are also related to the late BAFTA Award winning actor Patrick McGoohan, he who appeared in famous TV serials such as ‘The Prisoner’ and ‘Danger Man’ in addition to Hollywood blockbusters like ‘A Time to Kill’ and ‘Braveheart’. 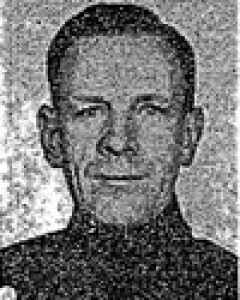 As usual I digress. The person I most want to discuss is a man named Phil Fitzpatrick who was born in Aughavas, Co. Leitrim in 1892. Phil emigrated to New York just after independence and he joined New York’s finest as a Patrolman in 1926. He spent most of his career in the mounted section patrolling precincts around Midtown and Central Park.

It probably seemed like an ordinary day. Fitzpatrick was off-duty and having lunch with a colleague Patrolman George Dammeyer in a tavern on the Upper East Side. Suddenly two armed men rushed into the Tavern and sought to rob the staff and all the patrons. Fitzpatrick and his colleague confronted the criminals. A shootout ensued. The two criminals were killed but Fitzpatrick was badly wounded in the stomach. He was taken to nearby Beth Israel Hospital and survived for six days before finally passing away on the 26th May, 1947. A year later he was posthumously awarded the NYPD Medal of Honor. He left behind a widow and five children.

The song ‘Lovely Leitrim’ was originally only a B-Side on the record released by Larry Cunningham. Gradually though it became popular and eventually it would go all the way to number one knocking The Beatles off top spot.

Today the song is synonymous with County Leitrim and sung on all occasions happy, sad and everything in between. I recall it being sung very poorly one night by three inebriated Leitrimites (including yours truly) in a taxi in Manchester. Perhaps the best renditions were given on those long nights in the summer of 1994 when Leitrim were crowned Connacht Champions for the first time in 67 years.

Last night I had a pleasant dream, I woke up with a smile

I dreamed that I was back again in dear old Erin’s isle.

It was my lovely Leitrim where the Shannon waters flow.

As is often the way one begins to write something that is already clear in your mind, yet somehow by the time it reaches the page it has transformed into something else altogether. I’ve since discovered numerous well written articles about Phil Fitzpatrick online and referencing the 70th anniversary of his death. I’m a bit behind the crowd so to speak ……. except, what I’m looking for now is a meaning and a modern parallel to this mans life and his death.

It seems to me that time moves on and so this emigrants lament just seems to tag along with it. This despite a lot of changes. The scene of the fatal shooting on the corner of 3rd Avenue and 96th is now opposite the Islamic Cultural Center of New York. Fitzpatrick’s grand-nephew Brian is now a Republican Congressman for Pennsylvania.  Phil Fitzpatrick put his body on the line seventy years ago to tackle two armed raiders. I’ve already mentioned a man who acted the same way last Saturday night in London. His name was Ignacio Echeverría.  ISIS and all terrorist s will not succeed in their hate and terror campaigns. I know this to be true because they are faced not just by powerful nations but with the might of ordinary citizens prepared to take on their armed and bloodthirsty cadres with nothing more than a skateboard.  In the frontline are people and responders motivated not by religion or hate but the simple desire to help a stranger. I’m also thinking of another line in another poem by Fitzpatrick that resonates. It is called ‘Soldiers of Peace’ and it contains the prophetic line, “when he kisses his wife and children goodbye, there’s the chance he will see them no more”. 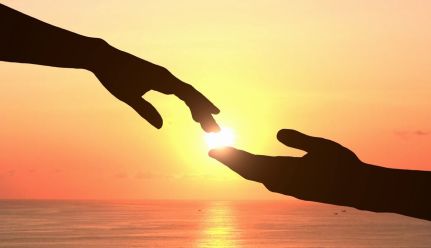