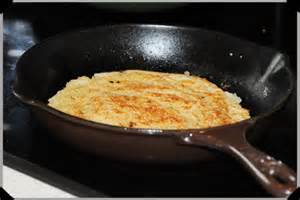 Boxty on the griddle, boxty on the pan, If you can’t bake boxty sure you’ll never get a man

Leitrim and West Cavan is the traditional home of Boxty but the potato based dish is also popular in some districts of Counties Longford, Roscommon, Monaghan and Sligo. When I was growing up the Parish most associated with the traditional homemade dish was Cloone. Cloone is set in the heart of the Drumlins of South Leitrim. On and off the football field the men (and sometimes the women) of Cloone were regularly called ‘The Boxties’, hardly a derogatory moniker to have. They always seemed to take the field looking well fed unlike some of the poor undernourished townies.

It is important to kill a commonly held belief – Boxty is not the same as Potato Bread, they are distinct dishes and not alternatives of each other. The origins of the word Boxty is obviously through the Gaelic. It could be simply that it was a dish of the ordinary folk and so Boxty may derive from Bocht Tí (poor house) od Bácus (baking house). Boxty has undergone somewhat of a renaissance in recent decades. Leitrim native Ronan McGreevy is a man that should know a thing or two about Boxty and uses it a a metaphor for the huge potential of the Upper Shannon region.

My Grandmother and mother were both great exponents of the art of making Boxty. It sounds quite simple on paper – grate your potatoes, add the flour, whisk egg and milk, add salt and pepper to season. But the debates about how much flour, what type of potato, what type of milk, one egg or two rage on. It might seem a simple recipe but some people became known for making great boxty whilst others suffered the ignominy of having leftovers on their plates. I once heard of a man who was offered payment of Boxty for work done. The quick thinking tradesman who knew the boxty wouldn’t reduce his bank loan, replied ‘sure my ould dog wouldn’t ate that stuff’, his retort having the double effect of combining stern refusal and stinging insult in one short statement. Whilst Boxty remains popular in rural Ireland it has never taken hold as legal tender.

If you are in Dublin make sure to taste the traditional dish at Gallagher’s Boxty House in Temple Bar. The founders are natives of Mohill, Co. Leitrim and no doubt found their inspiration from growing up and visiting the small outlying farms where their late father was the local Vet or ‘quack’. The staple of many of these farmhouses was the humble spud, which was utilised in many ways but none tastier than Boxty. It is no surprise then that the Restaurants motto is “the humble spud made beautiful”. Check them out at www.boxtyhouse.ie or call to 20/21 Temple Bar, Dublin 2 and try dishes like the Chicken & Smoked Bacon Boxty – a Free-range Irish Chicken Fillet in a Creamy Smoked Bacon & Leek Sauce, wrapped in a traditional Leitrim Boxty Pancake, or maybe the Roasted Cauliflower, sautéed with Boxty Dumplings, Black Kale and Sweet Potato topped with freshly grated Gubbeen Cheese. My mouth is watering just typing that. 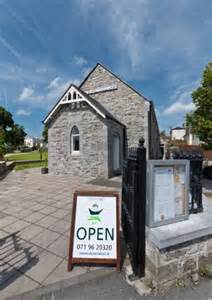 Another restaurant that has embraced Boxty is Victoria Hall in Carrick-on-Shannon, the County town. This restaurant is located in a restored Parish Hall and it serves an eclectic mix of Irish and Thai cuisine. Nowhere is the fusion more evident than in the speciality Boxty wraps which have Thai Beef, Chicken Sate, Tofu, Vegetable and Sweet and Sour Duck fillings. You can check their full menu out at http://www.victoriahall.ie/ or call to Quay Road, Carrick-on-Shannon beside the Rowing Club (incidentally the oldest Rowing Club in Ireland).

There are several local manufacturers of Boxty in Leitrim and perhaps the best known are Dromod Boxty Limited www.dromodboxty.ie and McNiffses Boxty from outside Ballinamore.

I’ll now relate a story about a Leitrim mother whose first born son had started in College in the early nineties. The son was not one for writing or telephoning too often which was the source of great anxiety for his poor mother. Those under forty will note that mobile phones, texting and skype were tools not available to the homesick student or anxious mother in those days. This particular College boy would simply arrive home on a Friday evening or Saturday morning with a bag of dirty washing and deposit it just inside the front door. He would depart again on Sunday after a weekend of Pints, Gaa and pilfering his mother’s kitchen of any luxury foodstuffs.

One weekend this perfect son didn’t arrive home on the Friday evening nor did he show up the following morning. By lunchtime the mother was becoming frantic with worry. What could have become of him? Did somebody put something in his drink? Had he fallen in with some jezebel? Her mind was racing and nothing would do her only conscript the next born son to drive her to the City. Her mission was to rescue her dear boy from whatever calamity had befallen him. Two hours later the search party pulled up outside the house where the missing messiah was lodging. The mother rang the doorbell but the wires sticking out from the wall suggested it hadn’t rung in some time. There was a key in the lock so the second son turned it and entered the house. He knocked on the half-opened sitting room door and was greeted by a sighful “Yeah?” He entered the room and found four burly lads stretched out across two armchairs and a sofa. They looked in good fettle as they were watching Baywatch. “Is himself here?” asked the second son “out in the kitchen” said the spokesperson for the gang of four.

The anxious mother and her chauffeur walked towards the Kitchen, the former in trepidation. She needn’t have worried. When they opened the door what greeted them was the Prodigal Son industriously engrossed in work. A five kilo bag of roosters sat on the dining table. He was busy at the sink grating spuds into a basin, a silk cut cigarette in his mouth with an inch long ash hovering precariously over the food mix. Meanwhile a pan was going strong on the gas cooker. A neatly made pan of Boxty was nearing completion, already turned, its top-side nicely browned in that distinct mottled colouring. It took a few minutes for the chef to realise he had company. ‘Pearl Jam’ was belting out loud. When he did notice the pair it was difficult to say who was the most surprised. The mother pretended that they were just up anyway and “said we’d call over” and no she wasn’t a bit worried. Of course his lame excuse about the payphone down the road being out of order was accepted in good faith by the doting mother. He told her he was doing well on his course and was getting “a hang of the Physics” but what made her more content was the sight of her manly son, out in the big bad World, fending for himself. Contentedly she thought the journey to see him was worth it, when he could make his own Boxty, he’d surely never starve.