I ‘upgraded’ to the iPhone 5S last week. I highlight the word upgrade because it was not really an upgrade technologically speaking. The truth is I am just about keeping touch with what is in the Gadget market. I feel like a middle distance runner after been lapped by an Ethiopian or Kenyan Athlete knowing that if I don’t keep up I’ll be lapped again before too long. Another thing that made me think about how I’m losing in the tech gizmo race was the launch of Apples new watch and iPhone 6 recently. It made me ask what is becoming a common question; As our phones are getting smarter, are we getting dumber? 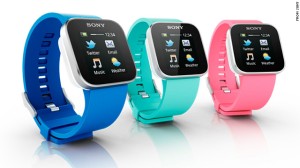 It is only a few short years ago that we were all giddy with the fact that our phones now had a camera. We now look on those old phones nostaligically and sentimentally even though it was just a decade ago. It didn’t take long before our phone became our office organiser, camcorder, email and music centre. Now the talk at coffee breaks is whatever great App we just purchased. Now our two pieces of Weetabix for breakfast are recorded on our Food Log App, our twenty minutes on the treadmill logged on the fitness App etc etc.  How can we survive without our smartphones and tablets? What did we do before they came into our lives? I sincerely believe that Smartphones are depriving many us of sleep by making us over-stimulated at night time. Smartphones are depriving more of us of real human interaction, smartphones are destroying the art of conversation, smartphones are eating away at good manners and etiquette in the company of others, smartphones are changing the way we see the world and our place in it.

A friend of mine regaled me with a story at the weekend. He had just left his office in London and was walking down the street towards a Tube Stop. The street was busy with commuters heading home. A  twenty-something man walking ahead of him caught his attention. At first this man he looked drunk as he swayed awkwardly on a couple of occasions. A few feet further on he walked straight into a lamppost. He gathered himself for a few moments and my friend stopped to see was he okay. He had a cut just on his eyebrow which had started bleeding. My friend asked him was he okay and he said yes without making eye contact. My friend couldn’t believe what he was looking at, here this man was bleeding from a deep cut and still texting on his phone. What a dumb self-absorbed person I thought. Is this what all these smart gadgets have turned us into? Blind, heedless clowns wandering around more concerned with the virtual worlds of gaming and the fake realities of Facebook and Twitter than caring about our own self-preservation! Many of us literally could, without been conscious of it, walk out in front of a bus or train. How many road accidents are caused by texting? Is technology killing us?

We are now almost entirely reliant on our smartphones in everyday life and less reliant on our brains. Smartphones are making us dumber even though I’m not aware of any scientific evidence of such an impairment. It doesn’t have to be that way if only we could strike a balance between how beneficial smartphones (and the thousands of Apps that exist) can be in our lives and full on addiction and over-reliance. Maybe I can download a Life-Phone Balance App? Or maybe I’ll just have a phone free weekend by dropping my iPhone over to my mothers house. It just mightn’t be as daft an idea as it sounds at first.