I attended a remembrance ceremony this week. I did not wear a poppy, nor was I asked to. Near the end of the ceremony the Rector pointed out that if anyone wanted to contribute to the British Legions Poppy Appeal they could do so at the rear of the church. Of the seventy or so people present about two thirds were of the Protestant faith, they practically all wore their poppies. I didn’t see any of the others, who were mostly Catholic, wear any poppies, or any symbol for that matter.

In the days previous I read the statement of James McClean to the Chairman of Wigan FC, Dave Whelan in which he explained articulately and precisely why he couldn’t and wouldn’t wear the poppy. 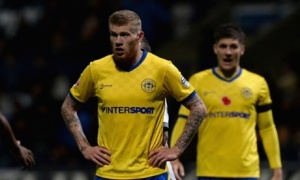 James McClean comes from Derry, a community where one of the worst atrocities of the ‘Troubles’ was carried out by a British Army Parachute Regiment on the 30th January, 1972. In 2010 when the Saville enquiry’s report was published it completely rejected a previous report carried out by Lord Widgery. The Widgery Report was shown to be in effect a ‘whitewash’ of the truth of what happened on ‘Bloody Sunday’. Whether or not this was a deliberate whitewash is not addressed, but just ask anyone from James McClean’s neighbourhood and they’ll give a very definite answer to that question. The problem for the British Government is not so much that a regiment went berserk, shooting civilians in the process, but, that the British establishment, in the form of Lord Widgery, sought to cover up what happened by attacking the character and good names of the deceased. In doing so they not only defamed the Dead, they defamed an entire City. David Cameron deserves credit for standing up in the House of Commons on the 15th June, 2010 and acknowledging, among other things, that the Paras fired the first shots, fired on fleeing, unarmed civilians, and, shot and killed a wounded man lying unarmed and helpless on the ground. The victims of that terrible day, and their loved ones, were finally vindicated, but an apology by the British Government whilst helping, can never fully heal the wound.

Bloody Sunday will remain a permanent scar for the families of the victims and their community. Time will help heal but what is done cannot be undone. James McClean was born and bred in that scarred community. His talent as a footballer was recognised at an early age. He represented Northern Ireland at underage level but held out for a call up to the Republic of Ireland squad. In this he was successful and he now represents the Republic, a move, one of many, which has caused consternation in the Northern Irish Football Association in Belfast. The move also had some Northern Ireland politicians in a twist. The Deputy Leader of the Democratic Unionist Party, Nigel Dodds urged the British and Irish governments to work together to stop the injustice of the ‘haemorrhaging’ of Northern Irish footballers to the Republic. Mr. Dodds must realise that the problem is more rooted in the attitudes of the IFA than the FAI, as the former organisation has not been serious about ridding Northern Irish football of its rabid sectarianism, the type that caused it to lose players such as Neil Lennon and Anton Rogan, Catholics who received death threats from their ‘own’ supporters. The lack of action on behalf of the IFA is hardly the type of reassurance young footballers from the Nationalist Community need in order to commit to themselves to representing the IFA.

Despite McClean’s reasonable and articulate letter last week he still received some boos from the terraces in Bolton. Is it any wonder? The growth of the poppy as a symbol of all British military campaigns to include Iraq and Afghanistan has, unbeknownst to most British people, also given a certain legitimacy to the actions of some British soldiers in the troubles in Northern Ireland. As McClean has said

‘I have complete respect for those who fought and died in both World Wars – many I know were Irish-born. I have been told that your own Grandfather Paddy Whelan, from Tipperary, was one of those. I mourn their deaths like every other decent person and if the Poppy was a symbol only for the lost souls of World War I and II I would wear one’.

Unfortunately the modern poppy is not just representative of the deaths of World Wars One and Two, and therein lies the rub.

‘For people from the North of Ireland such as myself ….the poppy has come to mean something very different’.

Every year over the last decade or so November sees more and more poppies on show, particularly on our TV screens. There is no room for dissent but there will always be dissent. The journalist and broadcaster Jon Snow refuses to wear a poppy on screen and every year he inevitably receives the cat calls of ‘traitor’ and is decried for his unpatriotic stance. What I find most refreshing is that Jon Snow has said on numerous occasions that he does in fact wear the poppy, only he does so in private. Mr. Snow is a making a fine point that  goes completely over the heads of the mob, and that is that not wearing a poppy is not the same thing as not remembering the war dead. Unfortunately in modern Britain there has been created an atmosphere whereby people are forced to publicise their remembrance of the fallen, what the author Guy Walters has described as ‘grief fascism’. What Snow represents is the view that it is not  the act of poppy-wearing that causes offence it is the compulsion to wear one.

That is in essence a ‘very English’ debate and whilst similar, is also very much distinct from the ‘Irish question’ as alluded to in McClean’s statement. It may be that the poppy would be alright if it just remembered the fallen of 1914-18 and 1939-45, but it no longer does. The poppy as a symbol has evolved and whilst wearers of the poppy celebrate the freedoms for which the fallen fought and gave the ultimate sacrifice for, they should also remember that these hard won freedoms also include the freedom to opt out of this very public display of remembrance. No inference should ever be drawn that those of us who remain Poppy-less remember the fallen any lesser than those that do wear the emblem and vice-versa.

Last Sunday I remembered a family member of my own who after surviving the Somme, died in the cauldron of the Ypres salient. His brother was also in my thoughts; he served in South-West Africa and Tanganyika where he was badly wounded. His wounds contributed to his demise in Johannesburg in 1921 from complications. We remember so that we never forget and in exercising my act of remembrance I didn’t wear a poppy, nor was I asked too. For that I am grateful.

“When ye go home tell them of us and say,

For your tomorrow we gave our today”